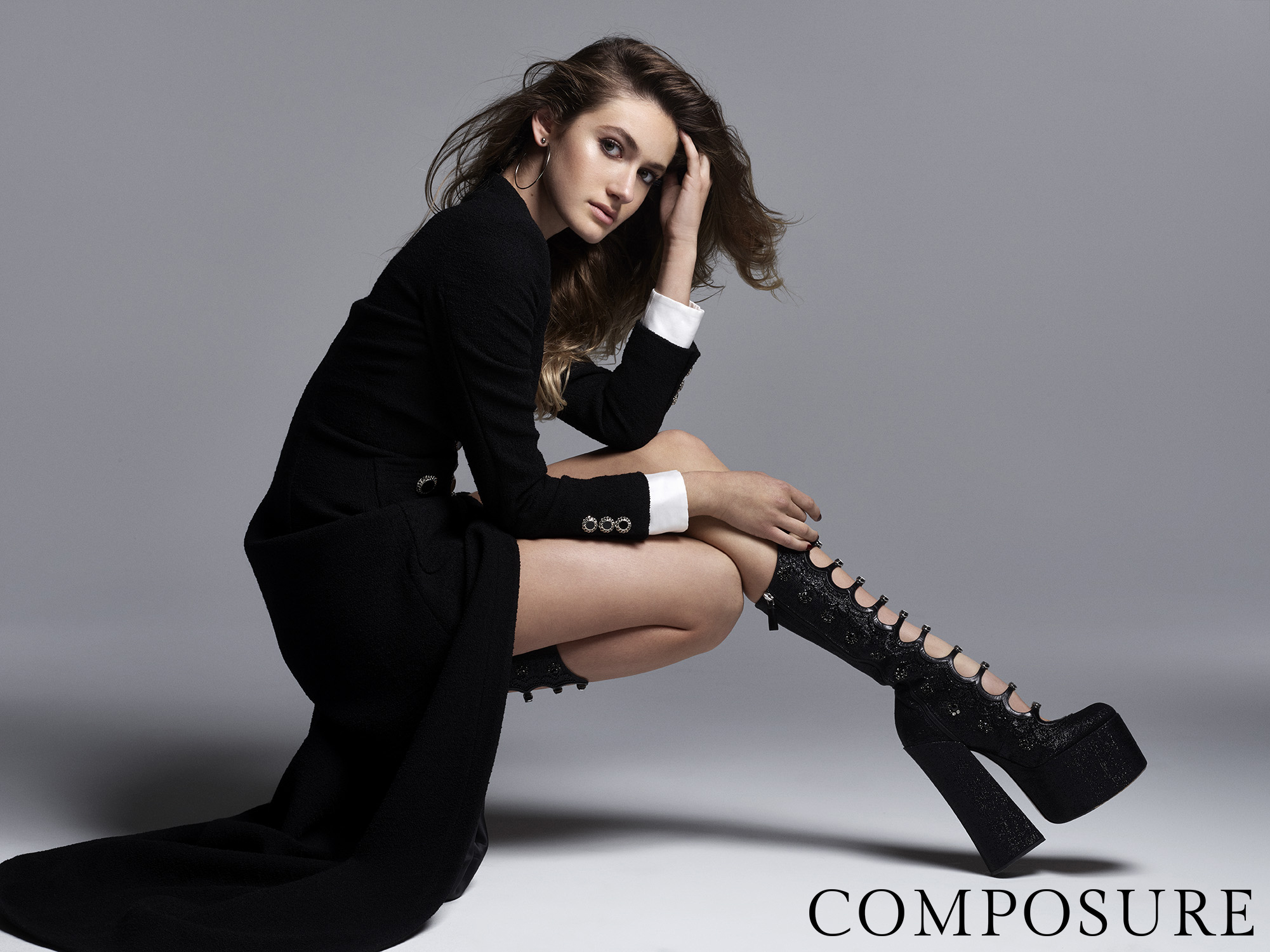 Written by Min A. Lee

It’s always a joy for us at Composure to highlight the young actors of Hollywood as they work to build their passionate dreams into a promising career. At only 16 years old, Nicole Elizabeth Berger may be just a teenager, but she has a decade of experience behind her from her first central role in All At Once to her latest crime thriller Clover. Gleaning from every character she’s played, and with youth on her side, Berger’s evolution as an actress is unceasing. With time, she will gain more diverse projects that perpetuate her skill and talent on screen. We could undoubtedly delve into her filmography and the focal points that propelled her to this juncture, but Berger’s marvelous insight and intellect speak for itself.

We take a moment to talk with Berger about her upcoming work and listen as she opens up to us on the painful challenges that have arisen along the way.

You’ve been in the industry for a decade with your first film as a six-year-old. How has it been for you growing up acting, and is it something you always wanted to do?

Even as a young girl, I always loved music, acting and animals. I started playing the piano when I was five years old, which formed the basis for my love of music and the arts. My mother is a classically trained violinist and brought a wonderful sense of music to our family. I secured my first lead role in a movie called All At Once, where I play a young piano prodigy named Grace Clark. The film chronicles the plight of James Maxwell, an up-and-coming artist who accepts guardianship of his best friend’s children after the heinous attacks on the World Trade Center on 9/11. This film opened new doors for me, as I was able to audition for more challenging and emotionally demanding characters after I showed that I could handle a more mature role. I believe that this led to my being cast as Cecily in Runt and Clover in the film by the same name. I also hope to be able to support or open up an animal sanctuary like actress, Tippi Hedren, has done. Acting and my love of animals go hand-in-hand.

What is the toughest challenge you’ve had to overcome so far?

I have lost all three of the grandparents that I knew, a family friend who was murdered at gunpoint in Florida, and, of course, my acting colleague and friend, Cameron Boyce. None of their deaths were expected, and all of them had a major impact on my life. My grandmother, Omi, lived with us for many years and was a loving influence on my entire family. While she lived to a good age, she was a strong and lucid woman up until the very end, and we had plans for the future together. We did not expect her to pass away when she did, and we all miss her terribly.

Perhaps, the most unexpected was Cameron. We anticipated to watch Runt together and to talk about our experiences on the film, but Cameron died in his sleep from epilepsy (due to SUDEP) before we could get together. Meeting his parents and sister recently at the Mammoth Film Festival offered a sense of closure, but I still want to sit down with him and talk. I am so glad that his parents got to see the film along with the cast. Victor and Libby Boyce are amazing people; they have set up a foundation to honor Cameron and to continue supporting the causes that he believed in. One of them was the Wielding Peace initiative that focuses on decreasing gun violence (@wieldingpeace). The movie Runt was dedicated to Cameron.

Your film Runt, set to release later this year, touches on the harrowing topics of violence and sexual assault. Being a young actress, how has this role impacted you?

The most challenging scene for me was the sexual assault scene, where I was assaulted by one of the pompous football players at the high school attended by Cal and Cecily (my character). Especially given Cecily’s age in the film, I needed to find a way to avoid being at the extremes. I could have appeared incapacitated by the assault and unable to function properly after escaping the boy’s grasp, or I could have had a blasé attitude about it all, but I chose to walk away from the assault, distressed by the defilement, yet not willing to lose my dignity. I worked for several months in anticipation of this scene in particular with my insightful acting coach, Susan Batson, who helped guide me through the physical, emotional and psychological challenges of living through a sexual assault. No doubt, playing the role of Cecily will stay with me well into the future.

In Runt, you star alongside the late Cameron Boyce and have previously shared how he helped you with filming those especially difficult scenes, as well as his deep focus and captivating personality. Thinking back to your days on set together, what’s the most memorable thing he said to you?

While we were on set together, I often wondered why Cameron’s parents and younger sister never came by to see how things were going. Filming took place at Verdugo Hills High School outside of Los Angeles in the foothills of the San Gabriel Mountains. Cameron had repeatedly said that he was very close to all three of them, making this even more surprising.  However, when it came up, his response was quite clear. He said, “I can’t get into character if my family is close by—knowing that Cal and his mother had a terrible relationship in the film and that she was uninvolved in his life.” His comments remained with me. When I met his parents at Mammoth Film Festival last month, Libby told me that she and Cameron’s sister, Maya, had wanted to come to set, but Cameron was adamant that they stay away so that he could fully immerse himself in his role as Cal. The story comes full circle.

You also play a primary role in the newly released comedy and crime thriller Clover—also the name of your character! Despite Clover being on the constant run with brothers Mickey (Jon Abrahams) and Jackie (Mark Webber) from thugs and assassins, how much fun did you have filming and working with your castmates?

As you suggest, Clover is filled with twists and turns that take the viewer down unexpected paths, with some moments being very funny and others quite gory. I had previously worked with Jon Abrahams on All At Once, so I knew what to expect and did not have the slightest question regarding character dynamics. Jon is incredibly supportive and highly personable, which are ideal qualities for an actor/director. Mark Webber played Jackie, one of the bumbling, bickering brothers. Mark made sure that I felt at ease during filming and offered a friendly face to turn to in unanticipated circumstances (which occurred often based on writer Mike Testone’s script).

In one of the many farcical situations, Mark and I almost broke out laughing as we helped each other stay focused on the rapid-moving and amusing plot.  Tichina Arnold portrayed the character of Pat, a bar owner who was a family friend and offered a bit of comic relief in an otherwise deadly situation (i.e., being chased by the mob).  She was gregarious and amiable, as well as affectionate and understanding. Jessica Szohr played the character of Angie in the film. In this role as Jackie’s former girlfriend, she was zealous, warm and passionate. I was moved by her talent and humility; Jessica’s generosity in sharing her extensive experience as an actress in diverse roles was invaluable to me.  Erika Christensen and Julia Jones played the roles of assassins that—I cannot describe here since you must watch the film to learn more about them (n.b., first impressions may not be correct). Lastly, observing two long-time master actors, Chazz Palminteri and Ron Perlman, portray essential roles in the film was so enlightening and informative to all present.

Clover has an incredible cast. Everyone was committed to making the film artistically engaging and highly entertaining to listen to and watch.  Remember, it’s available on VOD now and should soon be available on additional streaming platforms as well.

6. If possible, can you share with us any future projects or films you have in the works right now?

I recently completed several short films and hope that after the COVID-19 pandemic is brought under control, full films or TV shows will be produced based on these engaging stories. Although the festival circuit is uncertain at the moment, Ali’s Realm was chosen for the New York Film Festival at Lincoln Center, New York, and Five Teenagers Walk Into a Bar was set to premiere at the StoryMode Independent Short Film Festival in Pueblo, Colorado—both this Spring. I play the lead of Ali and loved filming in Central Park in New York City, especially as I look outside and recognize that I cannot walk down the same tree-lined paths that we filmed on due to the COVID-19 stay-at-home restrictions. I am working on some other film projects, which I should be able to say more about in the coming months.  No one would have predicted the series of events thus far in the new year, but we will look back and appreciate that we were able to have this discussion despite the unforeseen circumstances. 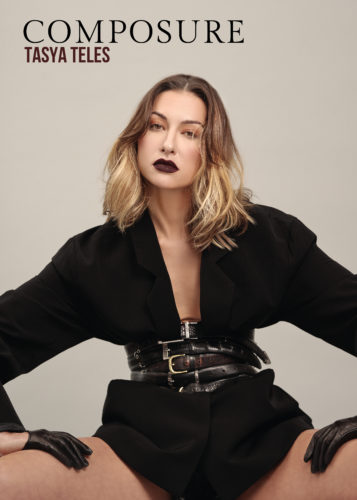 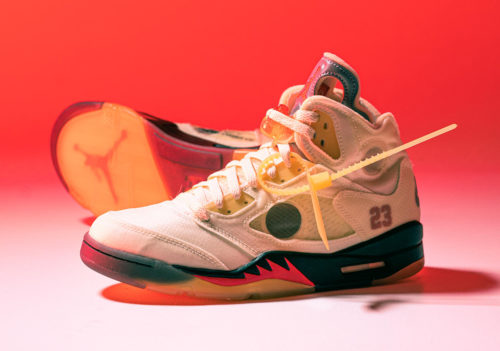 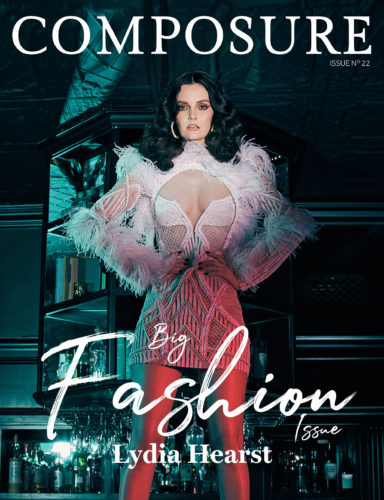 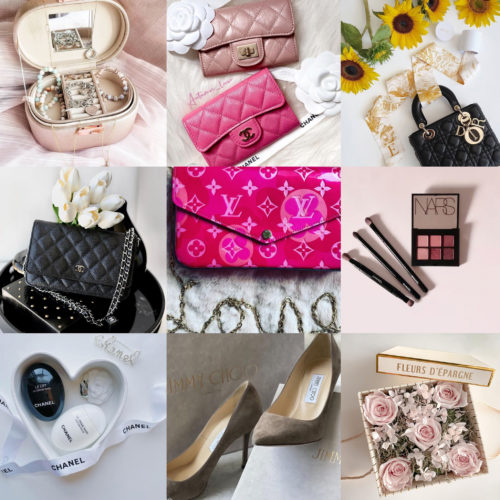