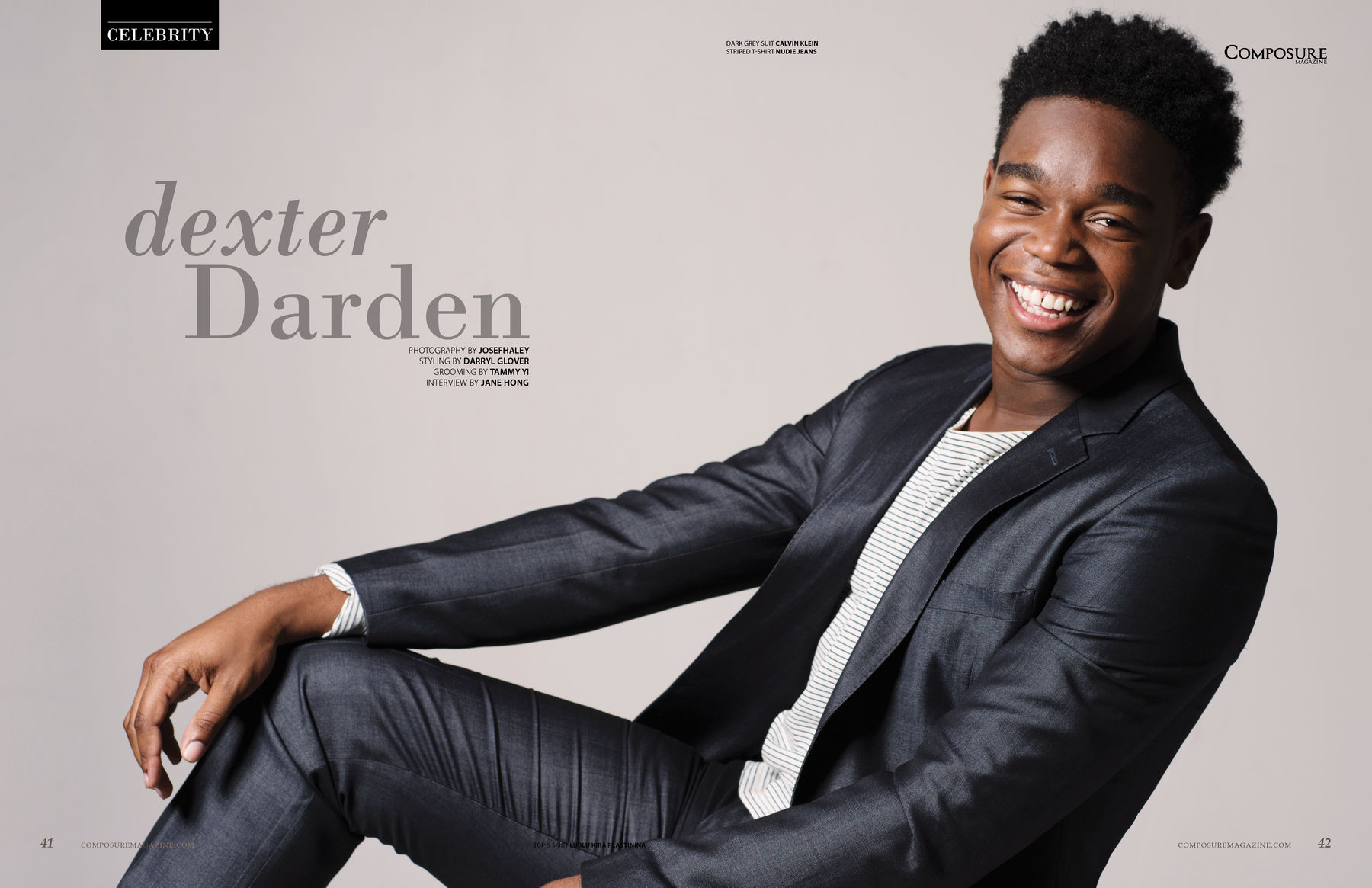 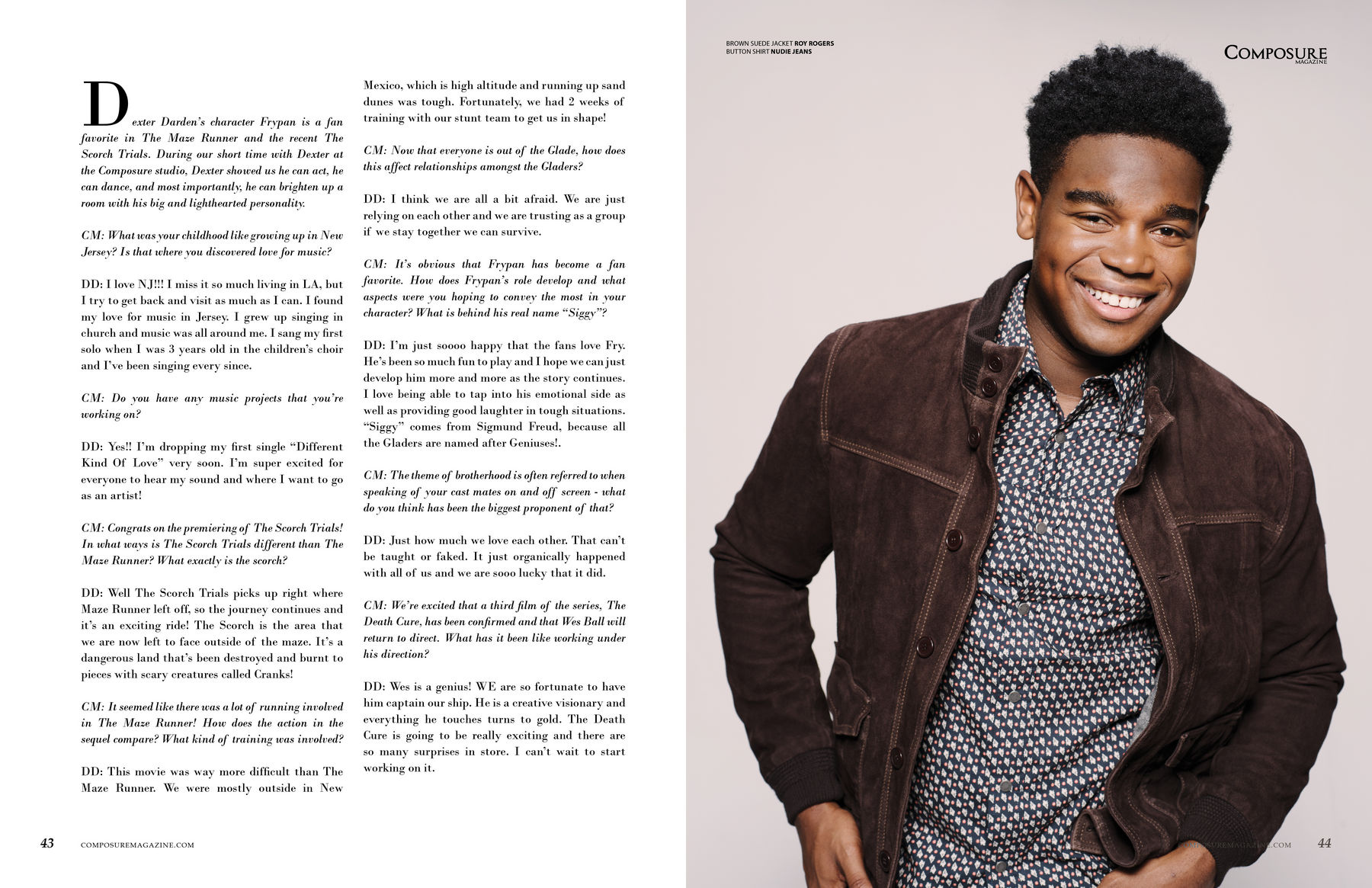 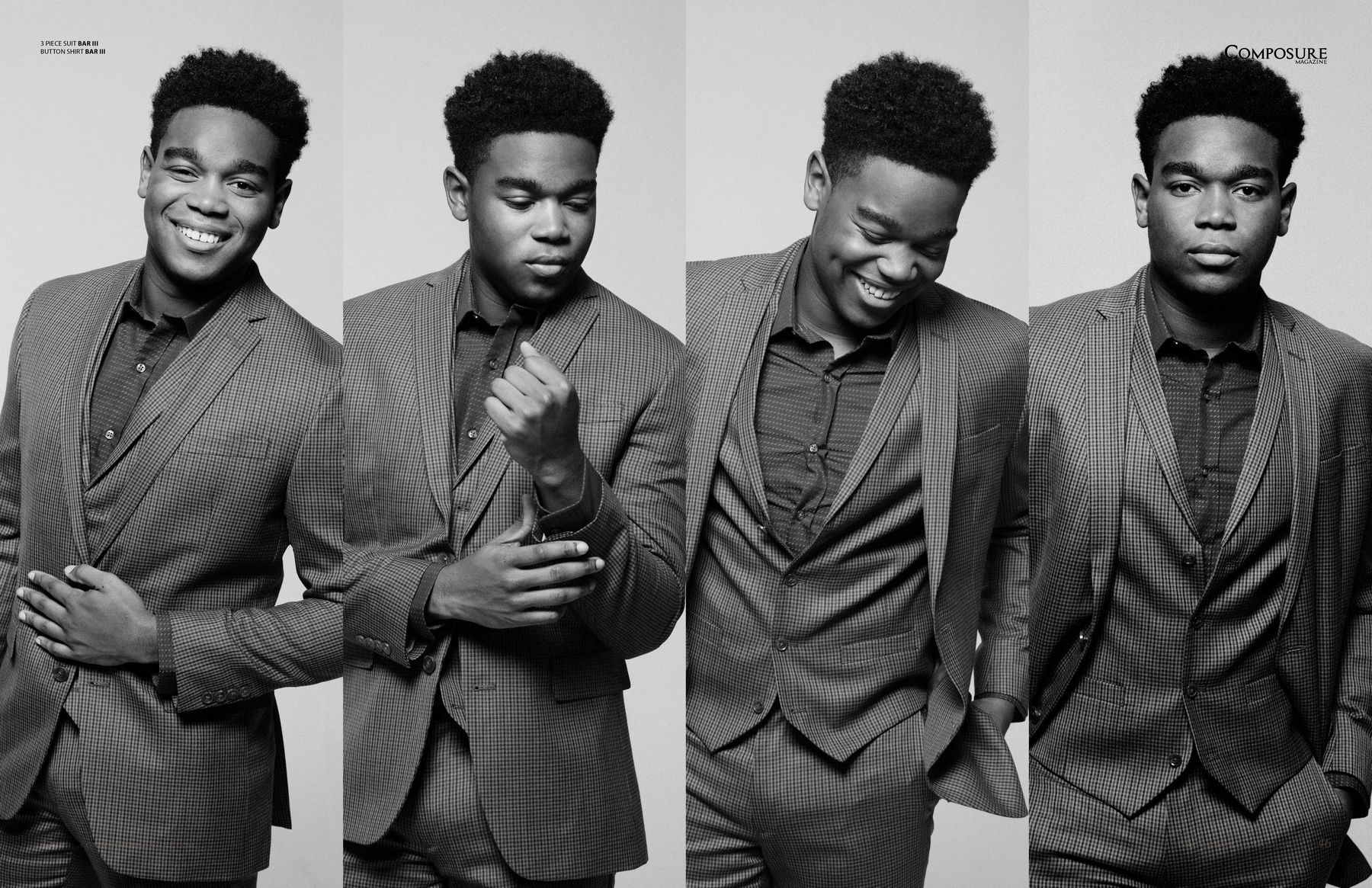 Dexter Darden’s character Frypan is a fan favorite in The Maze Runner and the recent The Scorch Trials. During our short time with Dexter at the Composure studio, Dexter showed us he can act, he can dance, and most importantly, he can brighten up a room with his big and lighthearted personality.

Composure: What was your childhood like growing up in New Jersey? Is that where you discovered love for music?

Dexter Darden: I love NJ!!! I miss it so much living in LA, but I try to get back and visit as much as I can. I found my love for music in Jersey. I grew up singing in church and music was all around me. I sang my first solo when I was 3 years old in the children’s choir and I’ve been singing every since.

Composure: Do you have any music projects that you’re working on?

Dexter Darden: Yes!! I’m dropping my first single “Different Kind Of Love” very soon. I’m super excited for everyone to hear my sound and where I want to go as an artist!

Dexter Darden: Well The Scorch Trials picks up right where Maze Runner left off, so the journey continues and it’s an exciting ride! The Scorch is the area that we are now left to face outside of the maze. It’s a dangerous land that’s been destroyed and burnt to pieces with scary creatures called Cranks!

Composure: It seemed like there was a lot of running involved in The Maze Runner! How does the action in the sequel compare? What kind of training was involved?

Dexter Darden: This movie was way more difficult than The Maze Runner. We were mostly outside in New Mexico, which is high altitude and running up sand dunes was tough. Fortunately, we had 2 weeks of training with our stunt team to get us in shape!

Composure: Now that everyone is out of the Glade, how does this affect relationships amongst the Gladers?

Dexter Darden: I think we are all a bit afraid. We are just relying on each other and we are trusting as a group if we stay together we can survive.

Composure: It’s obvious that Frypan has become a fan favorite. How does Frypan’s role develop and what aspects were you hoping to convey the most in your character? What is behind his real name “Siggy”?

Dexter Darden: I’m just soooo happy that the fans love Fry. He’s been so much fun to play and I hope we can just develop him more and more as the story continues. I love being able to tap into his emotional side as well as providing good laughter in tough situations. “Siggy” comes from Sigmund Freud, because all the Gladers are named after Geniuses!.

Composure: The theme of brotherhood is often referred to when speaking of your cast mates on and off screen – what do you think has been the biggest proponent of that?

Dexter Darden: Just how much we love each other. That can’t be taught or faked. It just organically happened with all of us and we are sooo lucky that it did.

Composure: We’re excited that a third film of the series, The Death Cure, has been confirmed and that Wes Ball will return to direct. What has it been like working under his direction?

Dexter Darden: Wes is a genius! WE are so fortunate to have him captain our ship. He is a creative visionary and everything he touches turns to gold. The Death Cure is going to be really exciting and there are so many surprises in store. I can’t wait to start working on it.