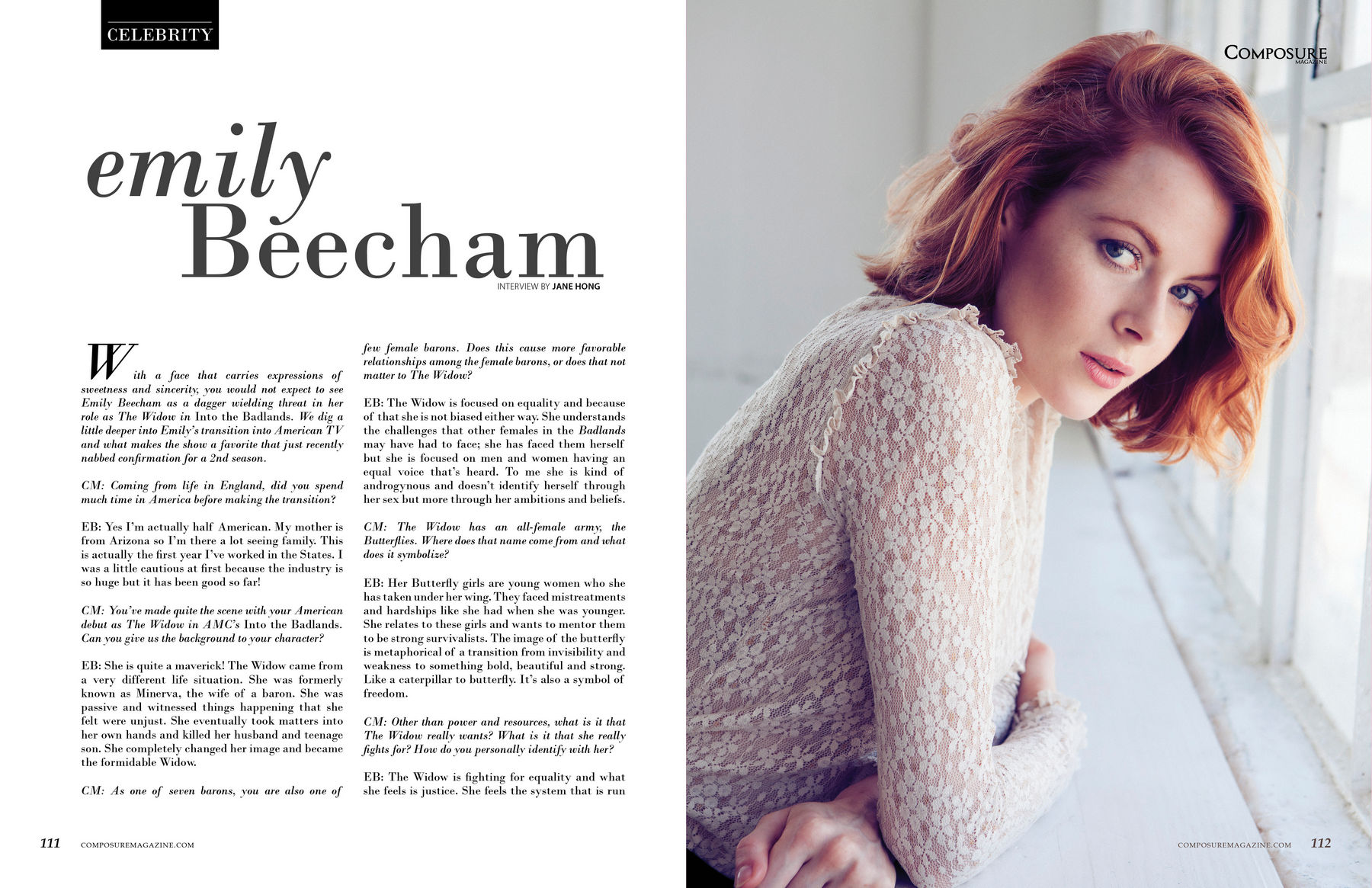 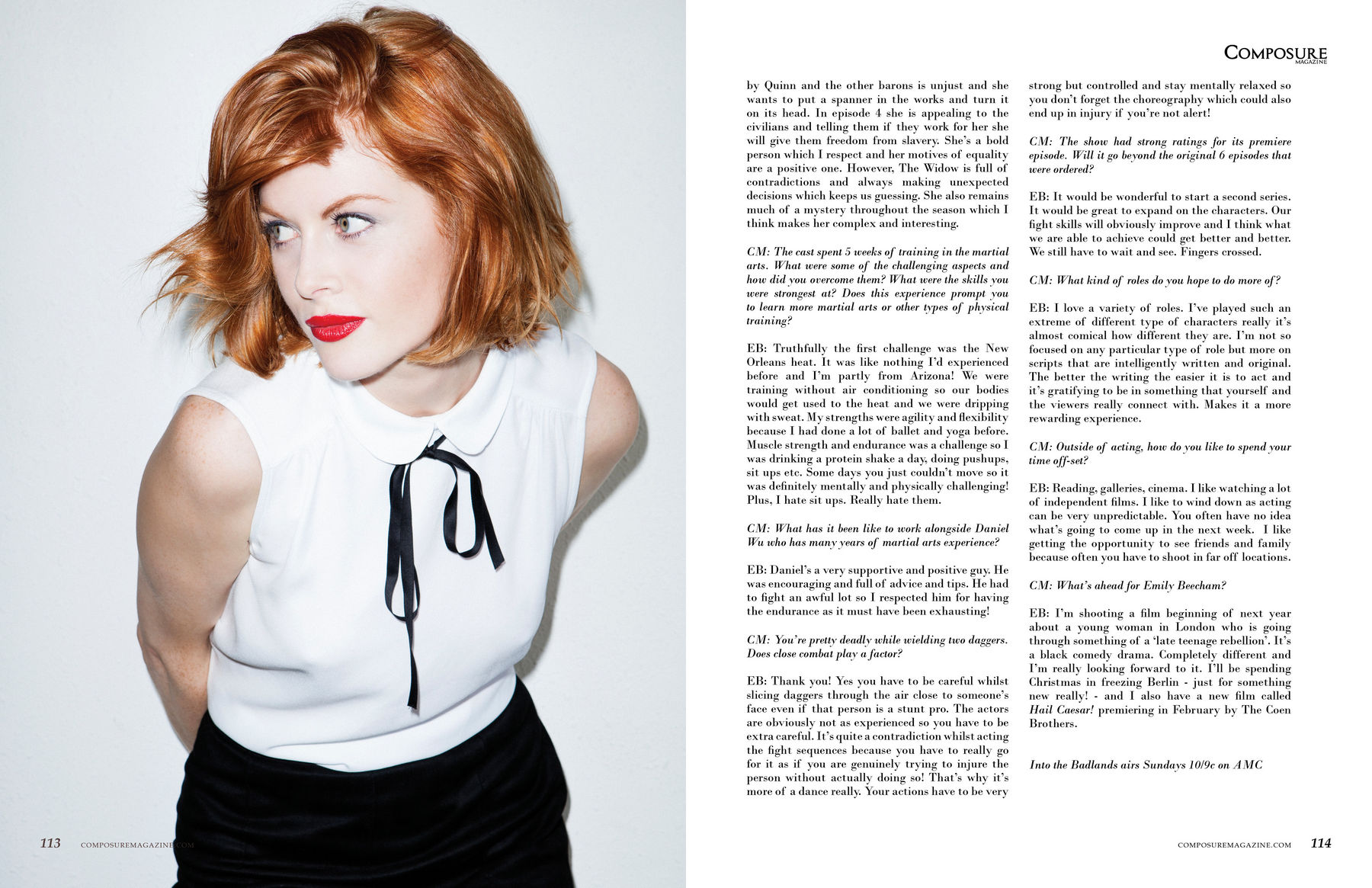 With a face that carries expressions of sweetness and sincerity, you would not expect to see Emily Beecham as a dagger wielding threat in her role as The Widow in Into the Badlands. We dig a little deeper into Emily’s transition into American TV and what makes the show a favorite that just recently nabbed confirmation for a 2nd season.

CM: Coming from life in England, did you spend much time in America before making the transition?

EB: Yes I’m actually half American. My mother is from Arizona so I’m there a lot seeing family. This is actually the first year I’ve worked in the States. I was a little cautious at first because the industry is so huge but it has been good so far!

CM: You’ve made quite the scene with your American debut as The Widow in AMC’s Into the Badlands. Can you give us the background to your character?

EB: She is quite a maverick! The Widow came from a very different life situation. She was formerly known as Minerva, the wife of a baron. She was passive and witnessed things happening that she felt were unjust. She eventually took matters into her own hands and killed her husband and teenage son. She completely changed her image and became the formidable Widow.

CM: As one of seven barons, you are also one of few female barons. Does this cause more favorable relationships among the female barons, or does that not matter to The Widow?

EB: The Widow is focused on equality and because of that she is not biased either way. She understands the challenges that other females in the Badlands may have had to face; she has faced them herself but she is focused on men and women having an equal voice that’s heard. To me she is kind of androgynous and doesn’t identify herself through her sex but more through her ambitions and beliefs.

CM: The Widow has an all-female army, the Butterflies. Where does that name come from and what does it symbolize?

EB: Her Butterfly girls are young women who she has taken under her wing. They faced mistreatments and hardships like she had when she was younger. She relates to these girls and wants to mentor them to be strong survivalists. The image of the butterfly is metaphorical of a transition from invisibility and weakness to something bold, beautiful and strong. Like a caterpillar to butterfly. It’s also a symbol of freedom.

CM: Other than power and resources, what is it that The Widow really wants? What is it that she really fights for? How do you personally identify with her?

EB: The Widow is fighting for equality and what she feels is justice. She feels the system that is run by Quinn and the other barons is unjust and she wants to put a spanner in the works and turn it on its head. In episode 4 she is appealing to the civilians and telling them if they work for her she will give them freedom from slavery. She’s a bold person which I respect and her motives of equality are a positive one. However, The Widow is full of contradictions and always making unexpected decisions which keeps us guessing. She also remains much of a mystery throughout the season which I think makes her complex and interesting.

CM: The cast spent 5 weeks of training in the martial arts. What were some of the challenging aspects and how did you overcome them? What were the skills you were strongest at? Does this experience prompt you to learn more martial arts or other types of physical training?

EB: Truthfully the first challenge was the New Orleans heat. It was like nothing I’d experienced before and I’m partly from Arizona! We were training without air conditioning so our bodies would get used to the heat and we were dripping with sweat. My strengths were agility and flexibility because I had done a lot of ballet and yoga before. Muscle strength and endurance was a challenge so I was drinking a protein shake a day, doing pushups, sit ups etc. Some days you just couldn’t move so it was definitely mentally and physically challenging! Plus, I hate sit ups. Really hate them.

CM: What has it been like to work alongside Daniel Wu who has many years of martial arts experience?

EB: Daniel’s a very supportive and positive guy. He was encouraging and full of advice and tips. He had to fight an awful lot so I respected him for having the endurance as it must have been exhausting!

EB: Thank you! Yes you have to be careful whilst slicing daggers through the air close to someone’s face even if that person is a stunt pro. The actors are obviously not as experienced so you have to be extra careful. It’s quite a contradiction whilst acting the fight sequences because you have to really go for it as if you are genuinely trying to injure the person without actually doing so! That’s why it’s more of a dance really. Your actions have to be very strong but controlled and stay mentally relaxed so you don’t forget the choreography which could also end up in injury if you’re not alert!

CM: The show had strong ratings for its premiere episode. Will it go beyond the original 6 episodes that were ordered?

EB: It would be wonderful to start a second series. It would be great to expand on the characters. Our fight skills will obviously improve and I think what we are able to achieve could get better and better. We still have to wait and see. Fingers crossed.

CM: What kind of roles do you hope to do more of?

EB: I love a variety of roles. I’ve played such an extreme of different type of characters really it’s almost comical how different they are. I’m not so focused on any particular type of role but more on scripts that are intelligently written and original. The better the writing the easier it is to act and it’s gratifying to be in something that yourself and the viewers really connect with. Makes it a more rewarding experience.

CM: Outside of acting, how do you like to spend your time off-set?

EB: Reading, galleries, cinema. I like watching a lot of independent films. I like to wind down as acting can be very unpredictable. You often have no idea what’s going to come up in the next week. I like getting the opportunity to see friends and family because often you have to shoot in far off locations.

CM: What’s ahead for Emily Beecham?

EB: I’m shooting a film beginning of next year about a young woman in London who is going through something of a ‘late teenage rebellion’. It’s a black comedy drama. Completely different and I’m really looking forward to it. I’ll be spending Christmas in freezing Berlin – just for something new really! – and I also have a new film called Hail Caesar! premiering in February by The Coen Brothers.

Into the Badlands airs Sundays 10/9c on AMC 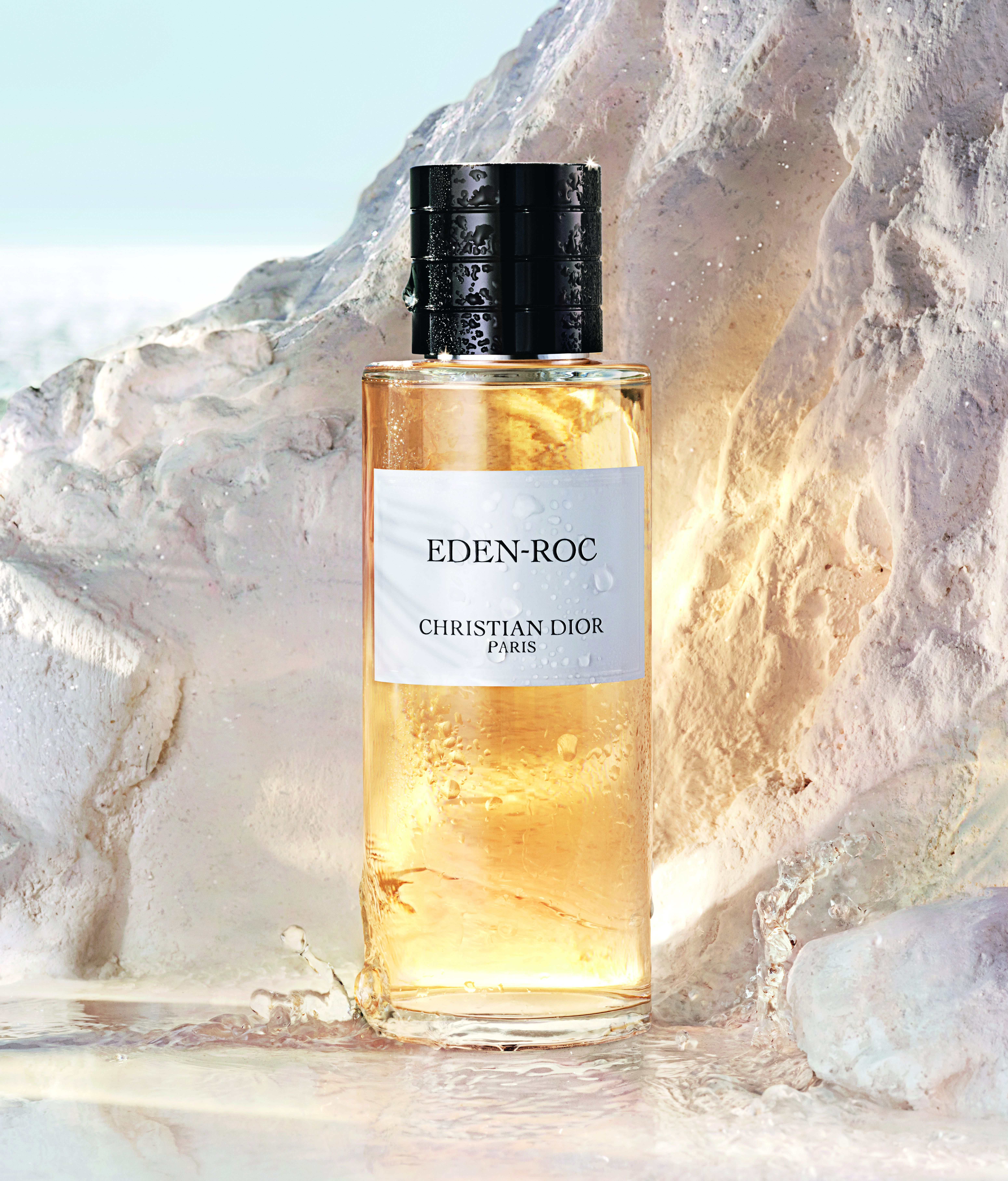 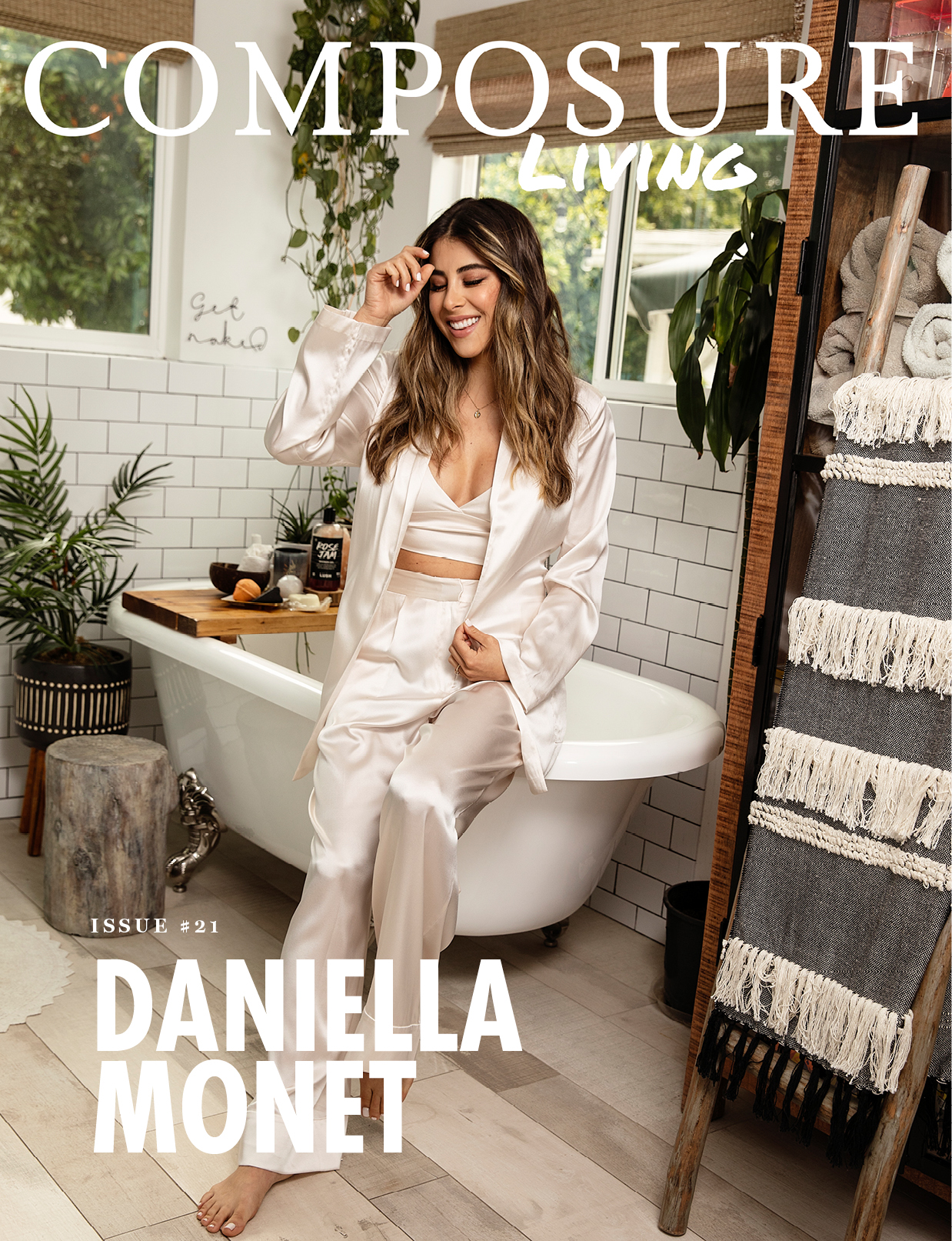 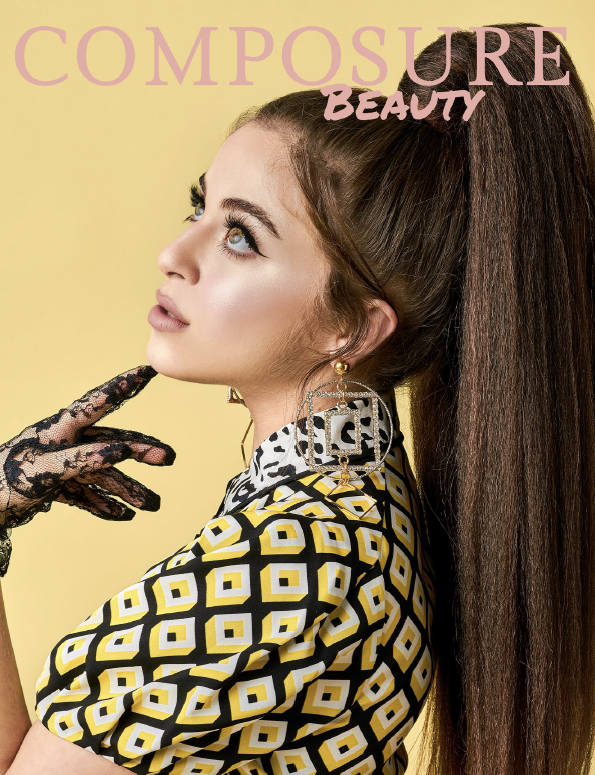